Grousing about the value of species or “how much for that caribou in the window?”

Home » The ELC Blog » Grousing about the value of species or “how much for that caribou in the window?” 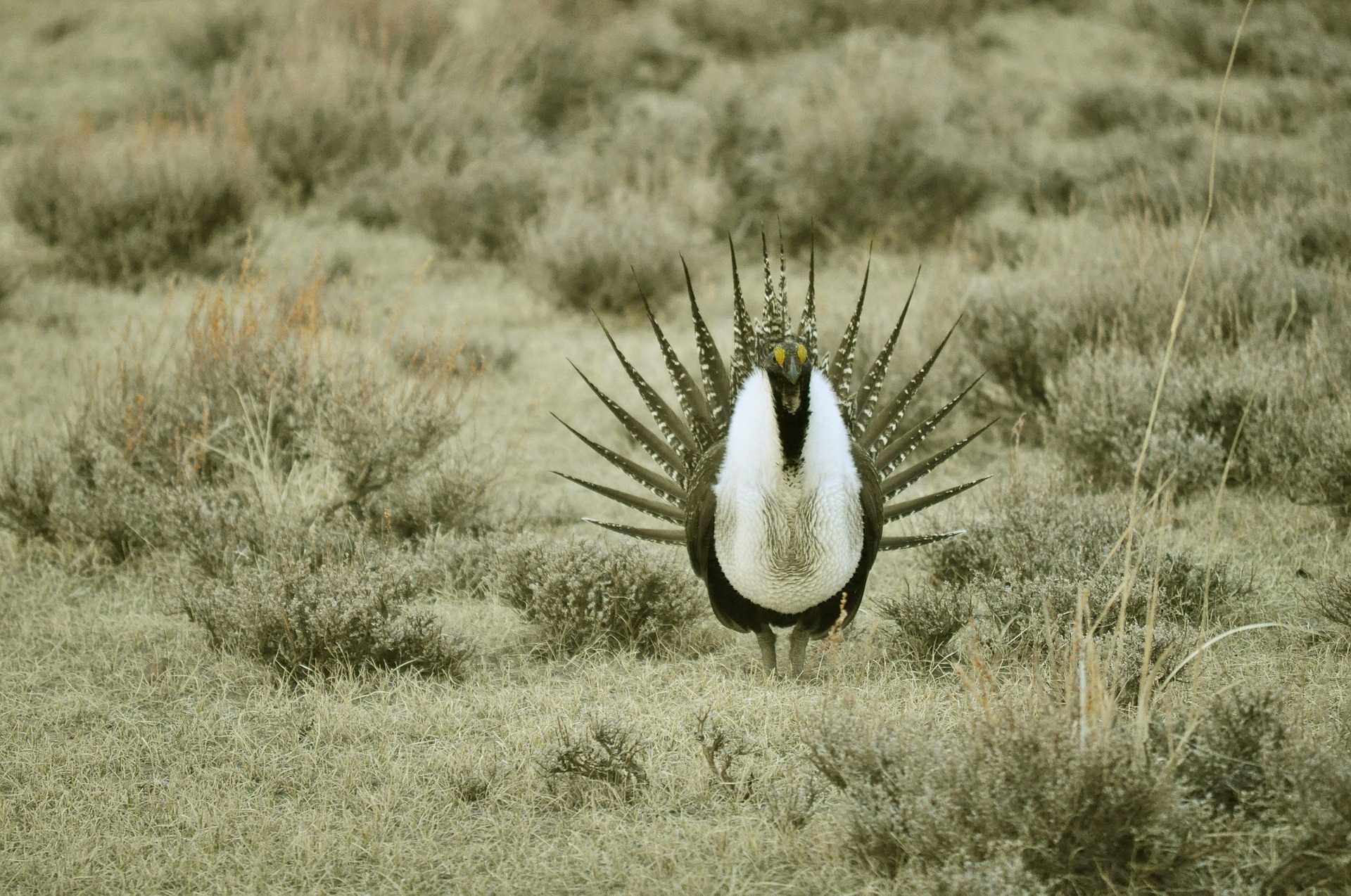 13 Dec Grousing about the value of species or “how much for that caribou in the window?”

Posted at 16:06h in Cumulative Effects, Land Use, Nature and Biodiversity, Species at Risk by Jason Unger 3 Comments
0 Likes
Share

Grousing about the value of species or “how much for that caribou in the window?”

The first emergency protection order under the federal Species at Risk Act was issued last week and it applies a list of prohibitions to federal and provincial Crown lands for habitat of the Greater Sage-Grouse.  As existing facilities and activities remain largely untouched by the order, it seems likely that Greater Sage-Grouse will not be delisted any time soon.  But my focus for this blog is not the prohibitions of the order, or the fact that an order was issued at all (which is significant) but rather to comment on the Regulatory Impact Assessment Statement (RIAS) appended to the order.   A RIAS for a regulation is useful as it provides a level of transparency as to why a regulation is put in place, providing a window into the cost-benefit analysis that goes into deciding whether a regulation has struck the right “balance.”  Granted this only occurs when a regulation is proposed as opposed to when a decision has been made to not regulate an activity, where transparency in decision making is abysmal.

Nonetheless a RIAS allow us to delve into the difficulties about how we place value on things that are not typically or easily quantified.  Generally, when reading a RIAS one tends to get the feeling that regulatory decisions are being made primarily on the basis of a cost-benefit analysis.  The legislative purpose of protecting non-market values, like human health and the environment, seem to play second fiddle.

The Treasury Board of Canada published a RIAS Writer’s Guide (also telling) which states a central rationale that should be included in a RIAS.

In looking at the RIAS for the Greater Sage-Grouse it quickly becomes apparent that, for federal RIAS purposes, species at risk have both qualitative and quantitative existence value but that this value is somewhat arbitrarily derived and is not readily applied in comparison to the traditional cost-benefit approach.

The non-existence related benefits of the prohibitions in the emergency order is set at $1.6 million which relates to avoided costs associated with a couple of oil wells which will not be drilled due to the order.   Associated costs of the regulation are set at $10.9 million (primarily in foregone production of the wells).

The RIAS also notes that qualitative existence values of regulating include:

the continuation of an existence value for the species (the value that individual Canadians derive from knowing that the species exists in Canada); the co-benefits associated with the preservation of ecological services from the Sage-Grouse habitat to other species;

The RIAS goes on to state that the species has high qualitative existence value and attributes “high public appeal due to, among other things, their unique mating display.”

The RIAS then borrows from a contingent valuation approach used in the United States which surveyed residents about their willingness to pay for maintaining a species to derive a quantitative existence value.  (A side question here is whether Canadians would pay more or less for preserving a species.)  The RIAS equates the Greater Sage Grouse with the Wild Turkey at $23 per household (although one would have thought that the “unique mating display” would have been worth an extra $5).  For comparison the US study resulted in a valuation of “$50 for bald eagles, $83 for owls, and $71 for whooping cranes.”  The derived value of maintaining Sage-Grouse is then set at $161 million ($23 x 1.8 million households).  It is telling that the RIAS does not incorporate this value into the cost-benefit summary statement.

The RIAS statement then goes on to name “co-benefits” including providing habitat for other species, carbon storage, soil stability and erosion prevention and water table maintenance and water filtration, none of which are quantified.

The approach leads to many questions.  Will basing RIAS species valuation on a contingent valuation approach, being based on perceived societal value, leave us with a world of charismatic megafauna and abysmal biodiversity?  (i.e. sorry invertebrates but you are worthless).

The contingent valuation approach has been shown to have differing results depending on the country of the valuation and a recent review by Jerry Hausman, an economics professor at MIT, describing his view of the approach evolving “From Dubious to Hopeless.”   He notes that contingent valuation surveys “do not actually reflect stable or well-defined preferences but instead are opinions invented on the fly” (at p.47).

One reason it seems to me that these valuations may be largely arbitrary is that there is a good chance that those taking the surveys don’t know the potential value of species.   What if our actions are depriving us of our future rubber trees or Penicillium fungus?   We are learning more every day about the value biodiversity brings to our society (such as the importance of bees to fruit quality).  Is it hubris to think that quantifying the monetary value of a species is the answer?

On the other side of the debate, what are the risks if we don’t quantify the value of a species?  The “we conserve what we value” argument definitely holds some weight, but perhaps it is simply too complex an issue.  For instance, how do we value genetic diversity lost through extirpation of a species?

To top it all off our governments operate on a cost-benefit approach on a daily basis, both intentionally and unintentionally.  We rarely discuss how quantification of non-market values should occur and yet it drives our regulatory decisions.

We must start to debate how these values are to be derived and used by decision makers.  The emergency order for Greater Sage Grouse is an example where the cost-benefit analysis favoured regulatory intervention.  It appears that the quantitative and qualitative existence value of Greater Sage-Grouse played a role.  It is easy to contemplate, however, that the emergency order would, if it were more ecologically and geographically encompassing, have failed to win the cost-benefit game.   A game of valuation for life on our planet.

In closing I pose the question, does the value of woodland caribou change if people are surveyed at Christmas time?