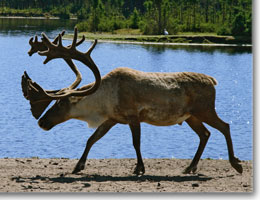 Posted at 15:36h in Land Use, Nature and Biodiversity, Species at Risk by Jason Unger 2 Comments
0 Likes
Share

A recent decision of the Federal Court has resulted in the setting aside of the federal Minister of Environment’s decision not to recommend to the Governor in Council that an emergency protection order be issued under the Species at Risk Act (SARA) to protect Alberta’s woodland caribou.  Several First Nations and environmental groups had sought a emergency order under SARA to identify and protect woodland caribou habitat in the province.  The Minister is mandated by SARA to recommend the issuance of an order when he or she has formed an opinion that there is an imminent threat to the survival or recovery of a listed species.

did not “fit comfortably with the principles of justification, transparency and intelligibility” (Canada (Minister of Citizenship and Immigration) v Khosa, 2009 SCC 12, [2009] 1 SCR 339, at paragraph 59), because it failed to adequately explain the basis for the decision.

The federal government relied on the assertion that eastern populations of caribou were not under the imminent threat of extirpation and concluded that an emergency order was not required.   This in turn left

the public and the Court…to speculate as to

i.  the scientific basis for the conclusion that it is possible to maintain a self sustaining population of boreal caribou in eastern Canada;

ii.  the content of “the national recovery objectives and approaches that would be constrained by the extirpation of” the Seven Herds;

iii.  the basis upon which it was concluded that the eastern local populations could provide the basis for achieving a national recovery objective;

iv.  the likelihood of achieving such national recovery objective if the Seven Herds become extirpated; and

The Minister is now put in the interesting position of rationalizing a conclusion that is not likely to be supported by science.   This in turn may give rise to further court challenges regarding the reasonableness of the Minister’s decision, as the threats to and recovery of the species are likely to remain live issues.

An overview of the Northern Gateway decision report
Grousing about the value of species or “how much for that caribou in the window?”
Optimistic policy is not what Woodland Caribou need
The one-two punch for Alberta’s Woodland Caribou
Grass, sky, gone.