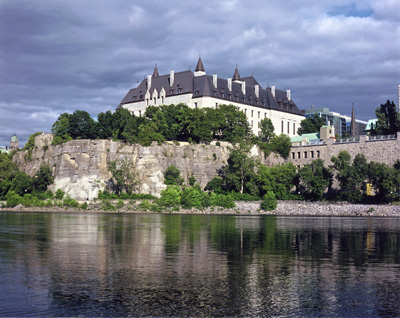 On January 13th, in Ernst v. Alberta Energy Regulator, the Supreme Court of Canada issued its decision regarding Jessica Ernst’s claim for damages pursuant to s. 24(1) of the Charter. Ernst alleges that her Charter right to freedom of expression was breached by the actions of the AER.

A Brief History of the Ernst Lawsuit

This decision in Ernst v. Alberta Energy Regulator arises from Ms. Ernst’s lawsuit against EnCana Corporation, the ERCB (now the Alberta Energy Regulator (AER)) and Alberta Environment (now Alberta Environment and Parks (AEP)).  Ernst claims that negligence in carrying out hydraulic fracturing (fracking) in the area allegedly caused contamination of her groundwater.  Both the AER and the AEP sought, in separate motions, to have the claims against them struck.  The AEP’s motion to strike was unsuccessful and, as such, the claims against EnCana and the AEP are still ongoing (see dismissal of the AEP’s motion).

However, the motion by the AER to strike was successful and it is this motion that wound its way up to the Supreme Court of Canada.  There were 2 aspects to Ernst’s claim against the AER: regulatory negligence and a breach of her Charter right to freedom of expression.  The Court of Queen’s Bench determined that Ernst’s claim for regulatory negligence against the AER should be struck.  This is because the Court found that the AER did not owe a duty of care to Ernst.  Further, the Court of Queen’s Bench held that Ernst’s Charter claim was barred by a statutory immunity clause in the applicable legislation (Energy Resources Conservation Act, s.43).  These decisions were affirmed by the Alberta Court of Appeal.

At the Supreme Court of Canada, the only matters under appeal related to Ernst’s Charter claim.   In particular, Ernst appealed the lower courts’ finding that her Charter claim was barred by application of the statutory immunity clause (ERCB Act, s.43).  In addition, Ernst challenged the constitutionality of s. 43.  It should be noted that, at the lower courts, Ernst did not directly challenge the constitutionality of this provision but rather its applicability to a Charter claim or its validity to the extent the provision was inconsistent with s. 24(1) of the Charter.

There are a couple of “take aways” for future, potential litigants.  It does seem clear that the Court (as per the Cromwell Decision and the Abella Decision) would have preferred that Ernst had proceeded by way of judicial review rather than seeking Charter damages (it should be noted that remedies on judicial review typically are in the nature of a decision being quashed or sent back for reconsideration and not for damages (see Alberta Rules of Court, ss. 3.15 to 3.24).  Further, in all decisions, the lack of an evidentiary record to support the constitutional argument was noted.  This flows from the failure of Ernst to provide adequate notice.

As mentioned, Ernst’s claims against both EnCana and the AEP are still ongoing.   This means several interesting aspects of the negligence actions still remain to be determined (the existence of a duty of care, causation and statutory immunity as applicable to the AEP to name a few).  Stay tuned!