Habitat, what habitat? The Greater Sage-Grouse emergency order and a call for heightened due diligence [Revised]

Home » The ELC Blog » Habitat, what habitat? The Greater Sage-Grouse emergency order and a call for heightened due diligence [Revised] 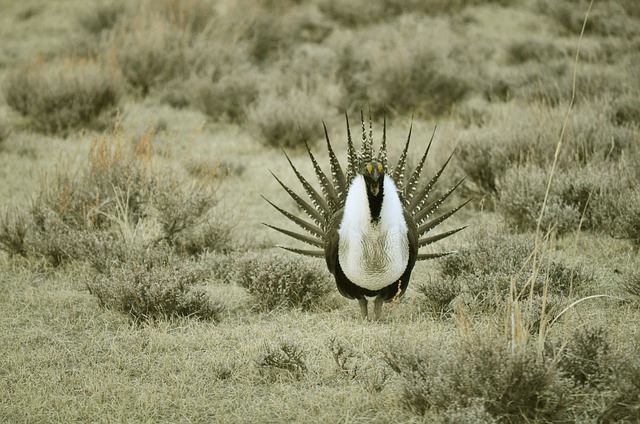 15 Nov Habitat, what habitat? The Greater Sage-Grouse emergency order and a call for heightened due diligence [Revised]

Habitat, what habitat? The Greater Sage-Grouse emergency order and a call for heightened due diligence [Revised]

This story is about investing in activities that occur in the habitat of species at risk.  It has a moral: stop doing it.

This story features an oil and gas company, the federal Species at Risk Act (SARA), and insolvency – it is a story that calls on companies (and investors) to conduct their due diligence around impacts on species at risk and habitat more generally.

This story is also about how bankruptcy and insolvency legislation, its administration and public interest environmental outcomes are linked. (See blogs regarding the Orphan Well Association for more context   here.)  Admittedly, this story is from the perspective of preserving species at risk, and should not be construed as diminishing the real and harsh impacts insolvencies have on people.

This story involves the first federal Emergency Protection Order (EPO) for a species at risk in the province, an order focused on protecting some of the habitat of the Greater Sage-Grouse in South Eastern Alberta, a claim of de facto expropriation of property by the company (and receiver), and the disclaiming of oil and gas assets by the receiver (resulting in still more orphaned wells in the province).

The majority of this information can be found on the receiver’s, Ernst and Young, website.

The recent history of the Manyberries field

December 4, 2013 – an EPO for the protection of Greater Sage-Grouse is published by the federal government under SARA and applies to areas of public land in the Manyberries area.

August 14, 2014  – LGX , the City of Medicine Hat (also an owner of oil and gas assets) and others file an application for judicial review, claiming the EPO is ultra vires the powers of Parliament or that the order should be set aside on procedural fairness grounds. (For a copy of the application see the Third Report of the receiver.)

December 3, 2015 – LGX and others file a statement of claim seeking $60 million in damages from the Attorney General of Canada for the alleged impacts of the EPO.

November 22, 2017 – the Receiver seeks an order “declaring that the Receiver’s disclaimer of the Manyberries properties…is without prejudice to LGX’s claim for de facto expropriation”. This order was granted on December 15, 2017.  (Application)  Canada has appealed the declaratory order. (Factum)

May 16, 2018 –  the Receiver amends the statement of claim to seek compensation in the amount of $123.6 million from the original $60 million claimed.

This story of emergency protection, litigation and the bankruptcy proceeding continues…

But let’s step back.  The story begins much earlier –  with the history of the Greater Sage-Grouse in the Manyberries area:

1987 – Greater Sage-Grouse is listed as threatened provincially in Saskatchewan.

1997 – The Committee on the Status of Endangered Wildlife in Canada (COSEWIC) listed the Greater Sage-Grouse as a threatened species in Alberta and Saskatchewan.

2000 – Greater Sage-Grouse is listed as endangered in Alberta.

2003 – Greater Sage-Grouse is listed as endangered under SARA.

September 2007 – a recovery strategy under SARA for Greater Sage-Grouse is proposed.

January 2008 – the initial recovery strategy for Greater Sage-Grouse is published.  This includes a calendar for action plans and indications that a “partial critical habitat identification addendum” would be posted by December 2008 and a finalization of Action plans by 2011. It also notes “Alberta’s lek [areas where Greater Sage-Grouse congregate in spring for courtship] data from 1968 to 2005 show a decrease of 84% in total number of males at leks, a decrease of 57% in number of active leks, and a decrease of 64% in number of males per active lek.”

2008 – Environmental groups filed an application for judicial review challenging the failure to identify critical habitat in the recovery strategy.

July 9, 2009 – the Federal Court finds in favour of the environmental groups, ordering a redrafting of the critical habitat portion of the recovery strategy.  This is upheld on appeal.

November 2011 – Environmental groups petition the Minister for an EPO under SARA.

The question arises, what dates are most relevant to this story? Does this story start in 2012 when assets were purchased, or in 2000 when Greater Sage-Grouse became listed as endangered in Alberta? Perhaps in 2003 when Greater Sage-Grouse were listed federally? Or in 2008 when critical habitat was slated to be published? How about in 2009 when a federal court supported an interpretation of SARA that requires a more ambitious identification of critical habitat?

Certainly environmental due diligence is a part of any acquisition of oil and gas properties (or one hopes).  Outstanding enforcement issues for pollution events or evidence of accidental releases would certainly raise some investment concerns.  Why not the risk of a regulatory response to protect critical habitat of an endangered species? Too remote? Too unwarranted?  Too reliant on the assumption that governments don’t take habitat issues seriously?

Part of the issue is how we treat habitat protection generally.  In Alberta at least, it is primarily dealt with through policy, and pretty wiggly policy at that.  Outside of “protected areas” there is no habitat “protection” provincially to really speak of.  On the other hand, the federal government has SARA, with clear obligations on the federal government to take action, particularly for aquatic species and migratory birds.  But the federal government has administered SARA quite timidly since it came into force: most glaringly the federal government has delayed publishing recovery strategies within the timelines set out in SARA and ignored (or clearly misinterpreted) the language of SARA in how and when critical habitat must be identified.  Some would likely say “timid” is too nice a characterization.

This federal timidity reinforces the signal that governments are hesitant, if not inherently opposed, to take meaningful and clear action for species at risk and their habitat; lulling those who invest into a false sense of security that due diligence need not delve into issues of species and habitat.

More confounding perhaps is that many companies, large and small, probably have very limited knowledge of the Federal SARA, if at all.  So when a species actually does end up with some modicum of regulatory protection it should not be surprising that claims arise alleging that the government is effectively stealing property.

Those who are familiar with and advocate for species and the laws that support them will note that the oil and gas company, and its creditors, may have acted imprudently in this case.  Hence, it seems a bit much to blame the federal government for following its laws.

The tougher question is how to deal with habitat protections and impacts on existing authorizations/licences, where the impacts, or potential impacts, on species at risk habitat were not known.  Watch for an upcoming ELC publication that will explore this issue further.

This story lays bare the clear misunderstanding or underestimation of the regulatory framework for environmental protection, particularly in relation to species at risk.  Surely credit risk should depend on an assessment of regulatory factors, whether they relate to production, royalty rates, end of life obligations, or, as in this case, access to the resource. When it comes to investments and purchases of assets we should be making habitat considerations habitual.

Error correction:  An earlier version of this blog contained an error that has now been removed.