An Update on the Federal Carbon Pricing Backstop 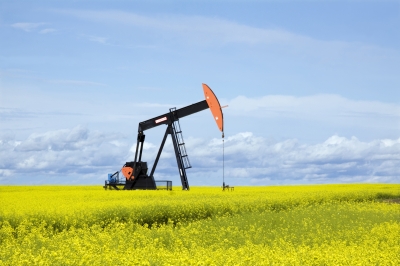 07 Feb An Update on the Federal Carbon Pricing Backstop

An Update on the Federal Carbon Pricing Backstop:
Draft Legislation and a Regulatory Framework Released

The need for a federal carbon pricing backstop was articulated in the Pan-Canadian Framework on Clean Growth and Climate Change which, among other things, sets a benchmark for pricing carbon emissions throughout Canada by 2018.   The carbon pricing benchmark stipulates that:

The carbon pricing regime must increase in stringency over time. An explicit price-based system should start pricing GHG emissions at minimum of $10 per tonne in 2018 and rise by $10 per year to $50 per tonne in 2022.  For a cap-and-trade regime, the stringency requirements will be met where:

(ii) at a minimum, declining annual caps (until at least 2022) that correspond to the projected emissions reductions resulting from the carbon price that year in price-based systems.

For an analysis of the adequacy of the carbon price adopted in the Pan-Canadian Framework, see David V. Wright, Dissonance in Federal Carbon Pricing Regime(s).

While the proposed GHG Pricing Act is fairly fulsome on the fossil fuel carbon levy, much of the detail of the output-based pricing system is still under development (with more detail outlined in the regulatory framework).

The carbon levy will apply to fossil fuels combusted, vented or flared in a backstop jurisdiction regardless of whether those fuels were produced or brought into the backstop jurisdiction.  In most cases, the carbon levy will be applied early in the supply chain and will be payable by the producer or distributor.  Certain uses and users will not be subject to the federal carbon price including:

The output-based pricing system will apply to large industrial facilities (to be defined in forthcoming regulations).   According to the regulatory framework, the output-based pricing system for large industrial facilities would apply to those facilities that emit 50 kilotonnes CO2e or more per year.  The government intends to start developing standards for the oil and gas, pulp and paper, chemicals, nitrogen fertilizers, lime, cement, base metal smelting and refining, potash, iron ore pelletizing, mining, iron and steel, and food processing sectors (additional sectors may be added in the future).    In most cases, output-based standards “will be set as a percentage of the production-weighted national average of emission intensity” for the production activities undertaken.  [note:  This is similar to Alberta’s approach under the new Carbon Competitiveness Incentive Regulation which also bases output standards on the type of product produced. See Thomas W. McInerney and Duncan M. McPherson, Alberta Replaces Specified Gas Emitters Regulation with Carbon Competitiveness Incentive Regulation for a summary of this new regulation.]

Under the output-based pricing system, the carbon pollution price is applied to the portion of an industrial facility’s emissions that exceed those allowed by the emissions-intensity standard for the type of activity.   If a facility exceeds its limit, then it will be required to submit compliance units or to pay the carbon price specified in the backstop legislation to make up the difference (a facility below its limit will receive surplus credits).

According to the Government of Canada website, comments on the draft legislative proposals to implement the federal carbon pricing system are welcome until February 12, 2018, at carbonpricing-tarificationcarbone@canada.ca.  Comments on the regulatory framework are welcome until April 9, 2018, at ec.tarificationducarbone-carbonpricing.ec@canada.ca.