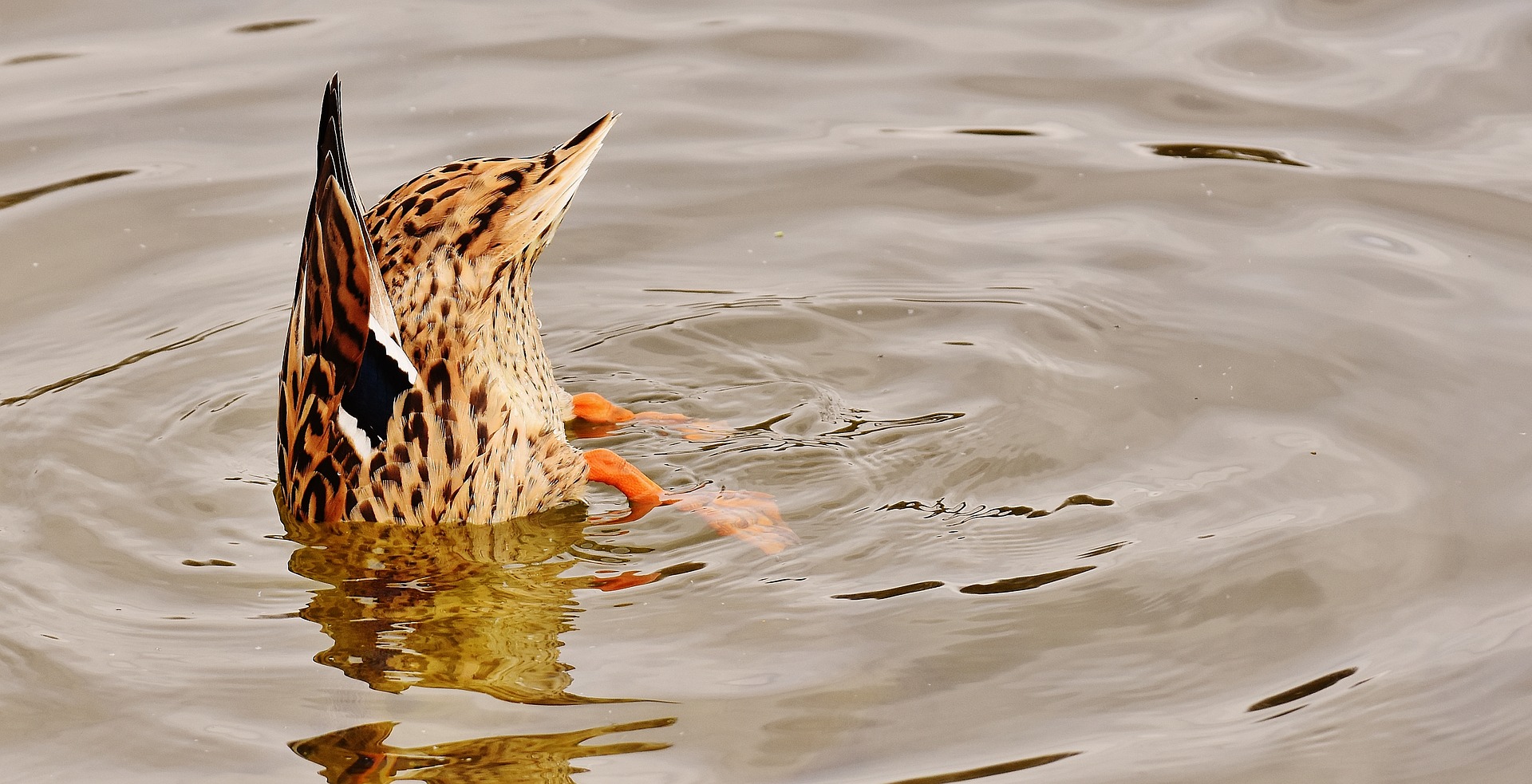 The prosecution has delivered its closing arguments in the ‘ducks in tailings pond’ case of R. v. Syncrude. Syncrude’s non-suit application was dismissed, meaning that the company will be forced to plead a defence against evidence that could see it convicted. The public interest generated by this case is warranted, but after two months of tar and feathers it can be hard to distinguish the actual legal issues from general political debate about the oil sands.
To help the public understand the implications of the pending verdict, this post addresses questions that have dominated in media throughout the trial.

Is Syncrude charged with killing the ducks?

No: Evidence that the birds died is relevant, but the actual charges are:

Is this “double jeopardy”?

No: Being charged with multiple offences is common. Double Jeopardy means that you cannot be punished twice for one offence. If there are two guilty findings, punishment for both will require that the offences be different either factually or legally. To make t his determination the Court will interpret the two provisions above.

Did the Court spend much time on obvious facts?

Yes: The Crown always has the burden of proving that the illegal act occurred.  Between the two charges, it had to prove that: the substance was hazardous, it contacted animals, a deposit was made, and birds frequented the area.  Syncrude could have conceded any of these facts at any time and the trial could have moved on.

Were these facts proven?

Largely: By dismissing Syncrude’s non-suit motion, the Court has now determined that there is some evidence on which a properly instructed judge could convict. It has dismissed the claim that ‘it was the ducks that contacted the substance’ as counter to the purpose of EPEA. Likewise, it held that the ‘area frequented’ would be a larger space around the hazard, so as to uphold the purpose of protecting migratory birds. Syncrude will need to make a defence.

Does Syncrude have a permit for tailings ponds?

Are the permits a defence?

No: Power over the environment is shared between Ottawa and the provinces. A permit from one jurisdiction cannot provide immunity to the laws of the other. On the federal side, there is no permit system to avoid s.5.1 of the MBCA at this time. Canada had already been considering amendments to allow the “incidental take” of migratory birds by activities not intended to kill those birds.  However, no changes have been made yet so that possibility cannot be used to interpret the existing law.  On the provincial side, Syncrude’s permits provide conditions for its activities but are not an exemption from every law of general application. Syncrude has permission to store tailings, but it still must do so in accordance with s.155 of EPEA.

What is the defence?

The defense to strict liability regulatory offenses is due diligence. The Court has suggested that this defence is available to both charges, though the Crown would argue that that it is not available to the federal charge on account of tailings themselves being an illegal deposit. Where the defence is available, the Court will consider: the gravity and likelihood of the harm, the available alternatives, the skill expected of the defendant and matters beyond its control.  It must conclude that Syncrude took reasonable steps to prevent the unlawful act. This is the major substantive issue in this trial, and one we have heard little from the defendant about.

The Crown has also anticipated that Syncrude will make two rare pleas to escape conviction. One is “officially induced error”, basically being advised to act unlawfully by government itself. How it received erroneous advice and then acted on that advice is unclear, as the case is basically about inaction in the face of known laws. Second is that the matter is “diminimus”, basically too small to be of public interest. This maxim might not even apply to the offences in question, which are about harm prevention rather than public morality. The Federal prosecution has stated that the law must protect against the cumulative effect of environmental harms, and has argued that this approach is supported the wording of the MBCA itself.

If Syncrude is convicted can environmentalists prosecute everyone?

No: Both acts already allow ordinary citizens to lay charges, but charges do not always lead to prosecutions.   Whether charges get prosecuted remains a policy decision for the Attorney General of the relevant jurisdiction. Basically the Attorney General will consider whether cases are in the public interest and whether there is a likelihood of conviction. Therefore a conviction in the Syncrude case could increase the chances of future prosecutions proceeding, but other political and administrative policy factors can weight in. Private charges are stayed so frequently that the Syncrude case is a rare example of one proceeding. The charges were laid by Jeh Custer of Sierra Club.

Could government be liable?

Possibly: Alberta could be charged under the MBCA as the prohibition extends to anyone who “permits” a deposit. There are no clear precedents due to the discretion of the Attorney General. Proceedings against British Columbia for permitting releases counter to the Federal Fisheries Act were commenced but ultimately stayed.  During the Oldman River dam litigation, citizen Martha Kostuch charged Alberta with breach of the Fisheries Act, but again the case was taken over and stayed. Canada could not be liable under the Alberta provision as it is not party to the storage of substances.The larger issue for Canada is whether it can be accountable under the environmental side agreement to NAFTA for not enforcing its own environmental laws.

Will tar sands be illegal?

Not necessarily: Alberta law would still require that animals and tailings come into contact, and that those tailings be hazardous to that animal. Even then, each operator charged could successfully plead due diligence on the facts of their specific case. Whether tailings ponds are illegal under federal law depends on how the judge interprets the MBCA with regards to availability of defences. Legislative bodies can change statutes at any time and this is already a possibility with respect to the MBCA. Existing authorizations and future permit systems can also be amended to account for an evolving jurisprudence. With or without a  new precedent, enforcement is almost certain to remain discretionary. Both the provincial and federal offences have been available for years but Syncrude will stand as a case of firsts.

Defence arguments are expected on Wednesday May 5th at the Provincial Court of Alberta in St. Albert.

Compare the verdict with the ELC’s comments on the opening arguments.  What became the real issues and who prevailed?