Coal, Climate & Cutthroat Trout: Some updates on coal in Alberta 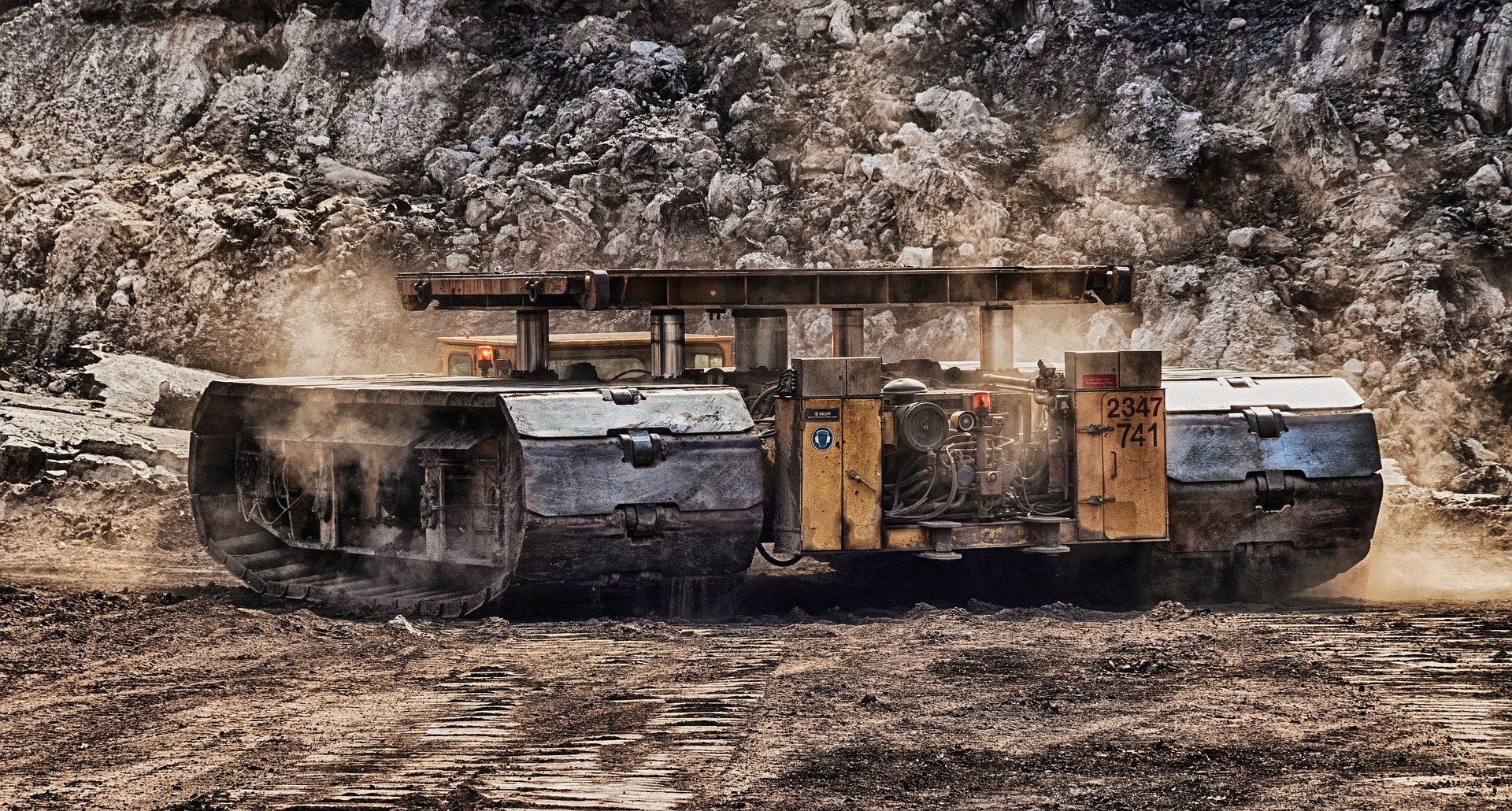 Coal, Climate & Cutthroat Trout:
Some updates on coal in Alberta

Just over a year ago,  the Government of Alberta rescinded the longstanding A Coal Development Policy for Alberta (Coal Policy).  See  our blog on the rescission here.  This resulted in the removal of public land use categories which imposed varying degrees of restrictions on coal exploration and development in the Eastern Slopes – effectively, an early form of regional planning designed to protect an extremely valuable part of Alberta’s landscape (socially, culturally and environmentally).

While the Coal Policy Committee has been working on engagement with Albertans, a lot of other things have happened recently with respect to coal.  Firstly, the Grassy Mountain Coal Project decision was released.  Secondly, there have been important statements limiting future coal development have been made by the Federal Government (see the Statement on thermal coal mining and the Minister’s Letter to Heather McPherson M.P.).

The applications made by Benga Mining were for approval to construct, operate, and reclaim a new open-pit metallurgical coal mine in the Crowsnest Pass area.  The project footprint was to cover 1521 hectares.  In addition to requiring provincial approvals for the project, both federal and provincial environmental assessments were required.  The  JRP was established to conduct a public hearing, to review the environmental assessments, and  to consider the applications for approval.

The other component is the recommendations made as a review panel under the federal Canadian Environmental Assessment Act, 2012 (CEAA 2012 which is the predecessor to the current Impact Assessment Act which was in effect at the time of the initial project proposal) to consider potential effects on environmental components within federal authority such as fisheries, aquatic species at risk, and migratory birds.  The review panel under CEAA 2012 submits a report including recommendations and conclusions to the Minister of Environment and Climate Change and the final decision is made by the federal cabinet.

…the project’s significant adverse environmental effects on surface water quality and westslope cutthroat trout and habitat outweigh the low to moderate positive economic impacts of the project.  Therefore, we find that the project is not in the public interest… Even if the positive economic impacts are as great as predicted by Benga, the character and severity of the environmental effects are such that we must reach the conclusion that approval of the Coal Conservation Act applications is not in the public interest.

On matters related to federal jurisdiction, the JRP in its capacity as a CEAA 2012 panel found that the project would likely result in significant adverse environmental effects on surface water quality, westslope cutthroat trout and their habitat, and whitebark pine.  Further, the JRP found that, given the potential to impact critical habitat of cutthroat trout, permits would be required to meet the Species at Risk Act and that the project would be unlikely to meet the preconditions to obtain such permits.  The JRP also found that in some instances, Benga made “overly optimistic assumptions of the effectiveness of its proposed mitigation measures” (page 626).

Statement by the Government of Canada on thermal coal mining

On June 11, 2021, the Government of Canada issued a policy  statement on thermal coal mining.  Citing Canada’s  climate change commitments under the Paris Agreement and its recognition that investments in unabated coal must stop, the federal Government stated that:

The federal Government indicates that this policy statement will “be an important consideration in the Minister’s or Governor in Council’s determination … as to whether the effects within the federal jurisdiction caused by proposed new thermal coal mines or expansions of existing coal are in the public interest of Canadians”.  As well, this policy statement will be used to information the use of discretionary authority to designate any proposed new or expansion of a thermal coal mine for assessment under the Impact Assessment Act (where it would not otherwise be required).  Similarly, this policy statement will inform a decision  to provide section 17 notice that a designated project will cause unacceptable environmental effects before an assessment commences (section 17 of the Impact Assessment Act grants the Minister discretion to not allow the proposed project even though an assessment has not  been done since environmental effects are already known to be unacceptable).

On June 16, 2021, the Minister responded to a petition submitted by Heather McPherson M.P.  (for Edmonton Strathcona).  The petition submitted by Heather McPherson M.P. sought regional assessment of the impacts  of all proposed coal developments in the Eastern Slopes.  At the same time, she tabled a private member’s bill to require all coal mine projects to undergo both provincial and federal assessment (currently, only projects  larger than 5,000 t/day require assessment).

In his response, the Minister declined to conduct a regional assessment on the basis that existing regulatory frameworks and policy initiative are sufficient to address environmental, health, social and economic effects of coal development activities.  The Minister states that the new policy announcement (as described above):

…makes clear that new thermal coal mining and expansion  projects are  likely to cause unacceptable environmental effects and will inform my decisions on these types of projects under the [Impact Assessment Act] going forward,  both with respect to designation of new thermal mine projects that fall below the threshold in the Physical Activities Regulations to trigger a federal assessment, and with respect to the determination of whether the project’s  effects are in the public interest.

The Minister also states that, with respect to metallurgical coal development, any new or proposed mine that is not already required to undergo assessment as per the Physical Activities Regulations and has the potential to release selenium into water bodies, it is his  intention to designate those projects for federal assessment.

While the ELC is encouraged by these statements made by the Minister, it would be preferable to incorporate these statements into legislation (policy is much more fluid and easy to change).  This could be done by amending the Impact Assessment Act to specify that minimum coal production capacity limits is not allowed in regulations designating physical activities (this is the approach taken in Heather McPherson’s private member’s bill).  Alternatively, the Physical Activities Regulations could be amended to remove thresholds thereby requiring federal assessment for all coal mines (thermal and metallurgical) regardless of size.  Given the higher barriers to amendments, it would be preferable to amend the Impact Assessment Act rather than the Physical Activities Regulations to achieve a longer term change.

What does this mean for the Alberta Coal Policy Committee?

As the Coal Policy Committee continues its work, we hope that these recent developments will be top of  mind.  There are significant environmental impacts – including , as noted in the Grassy Mountain decision, the potential for selenium contamination impacting aquatic species at risk – associated with all coal exploration and extraction activities.

The Coal Policy Committee must consider whether the “moderate positive economic” benefits of coal development is sufficient to justify the significant environmental impacts. At the least the land category restrictions under the  Coal Policy ought to remain in place under proper regional and subregional planning (with regulatory/prescriptive requirements that clearly delineate which areas are not appropriate for coal  development)  has occurred for the whole of the Eastern Slopes.

Furthermore, the Coal Policy should reflect Alberta’s responsibility to reduce the emission of greenhouse gases and to mitigate climate change impacts. That is, development of thermal coal should no longer be permitted in Alberta (given its significant climate change and other environmental  impacts).  And that any new or expanded development of metallurgical coal (in a permitted zone) will require an environmental assessment at both the provincial and federal level (i.e. a joint panel review including a public hearing).