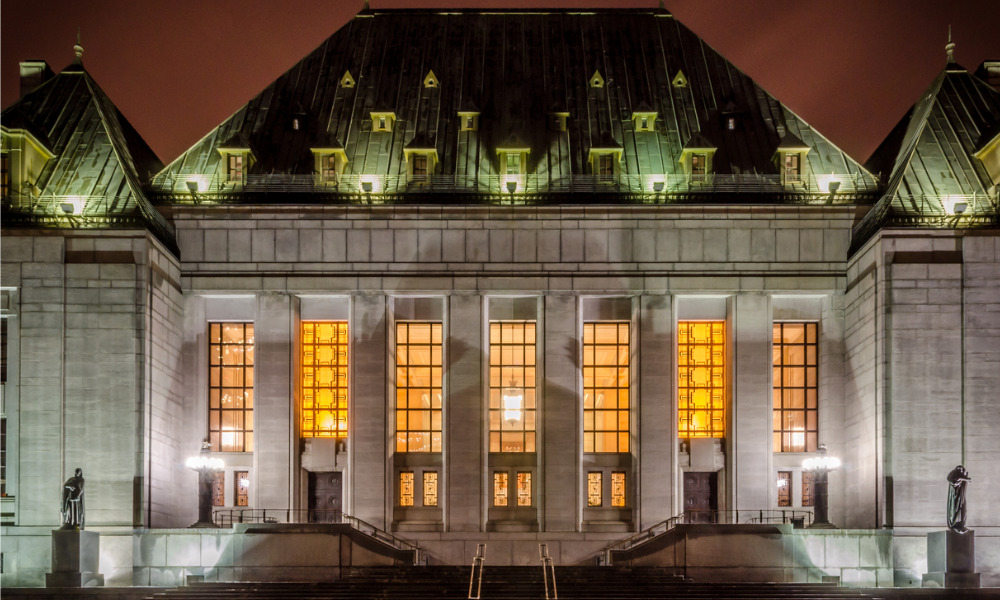 The carbon tax has become one of the most controversial issues in Canadian politics of the last few years. Polling suggests that a strong majority of Canadians are in favour of taking action to combat climate change,[1] and the federal government has followed this political will by implementing a federal carbon tax program that applies in any province without its own carbon tax.[2] Yet, at the same time, a number of provincial governments have taken an aggressive stance against the federal government imposing a nation-wide carbon tax. The premiers of Alberta, Saskatchewan, Manitoba, Ontario, and New Brunswick have been particularly vocal in their opposition.

Most recently, this battle between governments has percolated into a series of court challenges, started by the three most outspoken provinces—Ontario, Saskatchewan, and Alberta— in which the provinces claim that the federal government lacks the constitutional authority to impose a national carbon tax.[3]

If a government tries to pass legislation on something that falls outside of the heads of power assigned to it under the Constitution, the courts can declare that legislation to be unconstitutional, which renders it completely void.

So far, these court challenges have been heard by the appeal courts in each of the three challenging provinces. In the results, the courts of appeal in both Ontario and Saskatchewan found the federal government is within its jurisdiction under the constitution; in other words, the carbon tax is constitutional.[4] However, the Court of Appeal in Alberta came to a different conclusion, finding that the federal government was outside of its jurisdiction in imposing a carbon tax; in other words, it is not constitutional.[5]

In law, there is only one way to settle this kind of division in the courts of appeal: an appeal to highest court in the land. Accordingly, in late September, 2020, the parties presented their arguments in front of the Supreme Court of Canada, and sometime in the coming year, we should have a final decision on the constitutionality of the carbon tax.

With such an important decision about to be made by the courts, it is worth taking a look at what is going on behind the legal arguments. There have been a lot of political discussions about the carbon tax—many of which are, unfortunately, quite misleading.[6] However, there has been relatively little discussion about the law and the technical legal issues, which are not the same as the political issues and, which, ultimately, are going to carry the day in the court cases. So, to provide some remedy to this limited legal discourse, this blog post will engage in an analysis of the carbon tax court cases from a strictly legal perspective. Specifically, it will focus on the central legal issue in the appeals—whether the federal carbon tax was validly enacted under the federal government’s peace, order, and good government [“POGG”] power under section 91 of the Constitution[7].

One thing to keep in mind as you read this post is that it will not deal with the question of whether or not the federal government’s carbon pricing scheme is actually a tax. This question has occupied a lot of the public discourse but, legally, it is a far less interesting and less important issue than whether or not the carbon tax is constitutional under POGG. So, as you read, keep in mind that even though we will use the term “carbon tax”, it is for ease of reference and not to make any statement, politically or legally, about whether the federal government’s carbon pricing scheme is actually a tax. If you would like more information about why, from a legal perspective, the carbon tax is not actually a tax, you can take a look at the explanations given in the Ontario and Saskatchewan Court of Appeal decisions.[8]

Onward to the law, this blog post will be divided into two parts. The first part will explain the general constitutional law behind the carbon tax court cases and will address:

The second part of the blog post will dive into the specific legal arguments raised in the carbon tax court cases and will deal with:

At the end of the second part, finally, we will say something about what the Supreme Court is likely to decide. Stay tuned for that final conclusion, but keep in mind as we go that, in law, the reasons for a decision are often as important as the final “yes” or “no”.

PART ONE: BACKGROUND ON CONSTITUTIONAL LAW

To understand the carbon tax court cases, we need to begin with a little bit of constitutional law and, specifically, an explanation of how the Constitution divides legislative powers between the federal and provincial governments.[9]

Of course, in practice, many of the subjects listed in the constitution are very broad, which sometimes allows the federal and provincial government to pass overlapping pieces of legislation. For example, the federal government has the power to regulate impaired driving under its criminal law power, while the provinces also have the power to regulate impaired driving under their power over property and civil rights in the provinces.[13] This overlap is acceptable in Canadian law, so long as each government is genuinely passing its legislation under one of its assigned heads of power.

Deciding if a Law is Constitutional

Once the courts have decided what a piece of legislation is really about, the second step of the process is to see if it falls under a head of power belonging to the government that passed it.[17] To do this, the courts look to the list of powers assigned to each level of government under the Constitution and, quite simply, see which head of power the legislation falls under.

“make Laws for the Peace, Order, and good Government of Canada, in relation to all Matters not coming with the Classes of Subjects by this Act assigned exclusively to the Legislatures of the Provinces”.[18]

Over time, the courts have developed specific criteria for when the federal government may invoke the POGG power to pass legislation. According to Professor Peter Hogg, POGG has evolved into three branches or categories, each of which has its own criteria: the gap branch, the emergency branch, and the national concern branch.[19] We will look at each of these three branches in turn.

The second branch of POGG is the gap branch, which allows the federal government to legislate over any subject matter that does not fall under one of the headings under section 91 or 92. Matters that fall under the gap branch are usually matters that are recognized by the Constitution, but, for whatever reason, the drafters failed to directly articulate the power to legislate over them.[23] Accordingly, the gap branch of POGG closes the gap in drafting by granting legislative power over these matters. Examples of subjects that have been passed under the gap power are the incorporation of federal companies,[24] the management of federal government institutions,[25] and the management of offshore minerals.[26]

In the carbon tax reference, the central legal question is whether the federal government has validly enacted its carbon-pricing legislation under the national concern branch of POGG. For this reason, we will take a closer look at the criteria that specifically apply to this branch of POGG.

The Supreme Court of Canada set out criteria for the national concern branch of POGG in a case called Crown Zellerbach. There, the Court wrote:

For a matter to qualify as a matter of national concern in either sense it must have a singleness, distinctiveness and indivisibility that clearly distinguishes it from matters of provincial concern and a scale of impact on provincial jurisdiction that is reconcilable with the fundamental distribution of legislative power under the Constitution.[31]

This is certainly not the clearest statement the Court has ever made. However, it is possible to break it down into three distinct requirements.

The second requirement for a matter to be a national concern is that it must have a national aspect that pulls it out of the merely provincial. This means that the matter must be something that needs to be dealt with on a national level and, correspondingly, could not be dealt with by the individual provinces. To help make this determination, in Crown Zellerbach, the Court set out something called the provincial inability test. Under the provincial inability test, we think about what would happen if one province failed to regulate a matter and how it would affect the interests of the other provinces.[33] In particular, if the failure of one province to regulate the matter would have negative effects on the other provinces, then the matter is something that should be dealt with nationally.

Conclusion to Part One

That concludes the discussion of the general constitution law behind the carbon tax court cases. Drawing from this discussion, we can see that deciding if the federal government’s carbon-pricing regime is constitutional will require a determination as to whether or not the legislation is validly enacted under the national concern branch of POGG. According to the law in Canada, making this determination will require the Supreme Court to answer four questions:

The second part of this blog will engage with each of these questions in turn, by considering the arguments raised by the parties to the carbon tax court cases and by drawing some tentative conclusions about which side has made the stronger argument.

[3] Manitoba is challenging the federal carbon tax with an application for judicial review in federal court (Her Majesty the Queen in Right of Manitoba v Governor in Council et Al, Winnipeg T-685-19 (FC)). This is a different court procedure, which, notably, will take a longer time to wind its way through the courts. It is unlikely the Manitoba court challenge will be heard before the Supreme Court makes the final decision on the matter.

[12] See also s 92A on non-renewable natural resources, forestry resources and electrical energy; s 93 on education; s 94A on old age pensions; and s 95 on agriculture and immigration.