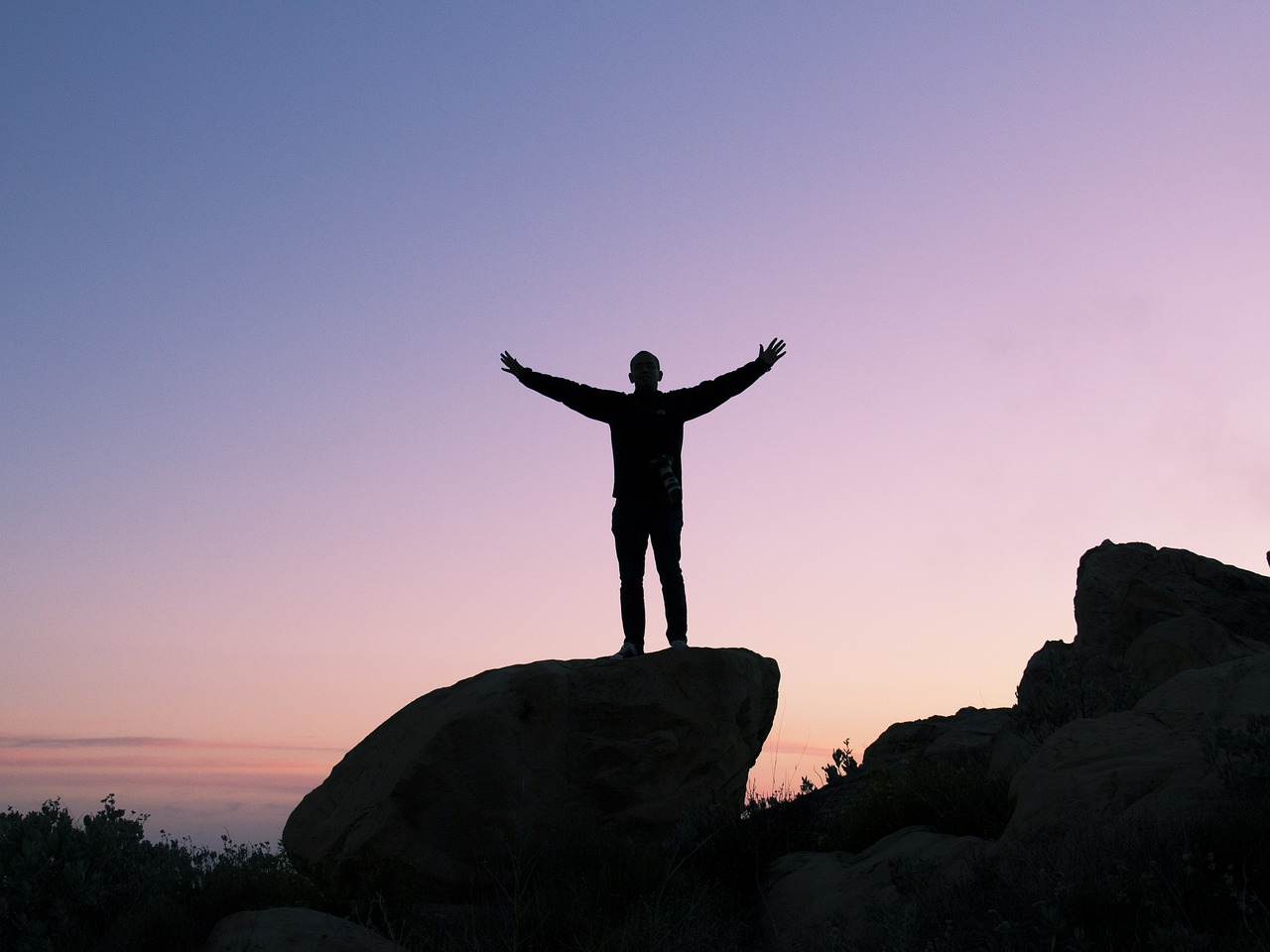 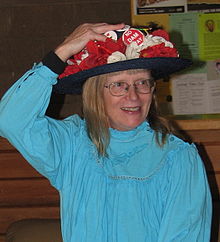 This is what the late Martha Kostuch did with great passion and effect. Through her participation in decision making and in the courts, she left an indelible mark on Alberta and Canadian law.  The Court of Appeal, in referring to one of decisions she brought before the courts describes Martha as “a Rocky Mountain House veterinarian and environmental activist”, and I would note a very effective one at that.  It is notable that Martha Kostuch was described in this way (as opposed to more neutral terms such as “litigant” or “applicant) and reflects the influence of her activism.  She took a stand (well, many) and made decisions better.

Which brings us to the decision of the Court of Appeal in the Normtek case and why it is important to the notion of public participation and its role in protecting the public interest.  The appeal was brought by a company Normtek Radiation Services Ltd. (Normtek),  represented by Professor Shaun Fluker of the University of Calgary’s Public Interest Law Clinic, an organization, that, you guessed it, takes a stand on public interest matters to make decisions better.  At issue in this case is the question of standing.

“Standing” refers to being recognized by a regulatory board or court as a party whose interest is affected in such a way to justify the adjudication of an issue. Standing may be granted by virtue of a statute or as a matter of common law principles of procedural fairness.

“Standing” refers to being recognized by a regulatory board or court as a party whose interest is affected in such a way to justify the adjudication of an issue. Standing may be granted by virtue of a statute or as a matter of common law principles of procedural fairness.  The Normtek case considered the interpretation of the “directly affected” standing test created by the Environmental Protection and Enhancement Act (EPEA).  Alberta environmental and natural resources legislation has generally adopted the approach that only those “directly affected” by a given regulatory decision will be granted standing to appeal the decision of the Director under environmental legislation to the Alberta Environmental Appeals Board (AEAB).   (For oil and gas and coal applications the standing test is “directly and adversely affected” but both standing tests have largely been viewed similarly.) This has traditionally resulted in a variety of types of interests being excluded from the right to a hearing.  For a full discussion of standing see the ELC’s 2014 report on standing here.

In narrowly determining who has standing, there is a clear tradeoff being made.  Where standing is granted restrictively, expediency is gained in granting an authorization and avoiding any appeal.  A decision maker need not concern themselves with someone who has no standing and appeals of such decisions do not proceed. However, the flip side of this coin is that the integrity of the decision may suffer for a lack of scrutiny, alternative perspectives and community concerns, and exclusion of additional expert evidence and third party technical review.

The factual and legal history leading to the appeal

In 2016 Secure Energy Services Inc. sought an amendment to its Class 1 hazardous landfill permit for a site near Drayton Valley Alberta under the Environmental Protection and Enhancement Act.  The amendment sought to permit the landfill to receive certain types of radioactive waste. This approval was issued in July of 2016 (the approval: https://avw.alberta.ca/pdf/00048516-01-04.pdf ).

Normtek filed a statement of concern with the Director in relation to the amendment raising the concern with the radioactivity of materials that were to be permitted in the landfill.   Specifically, Normtek was concerned that the level of radioactivity that was to be permitted in the land fill was more appropriately and safely dealt with by placing the waste in subterranean geological formations.  However, the Director questioned whether Normtek was directly affected by the amendment and whether it owned land in the vicinity of the landfill.   In response, Normtek cited the implications of the amendment for the industry that deals with naturally occurring radioactive materials (NORM).    The Director found that the impact on Normtek did not warrant the company being considered “directly affected”. The amendment was issued and Normtek subsequently filed a Notice of Appeal to the AEAB (here).

(A side note: The Court decision highlights how the Director incorporated federal guidelines for NORM into landfill authorization but at the same time set allowable limits of radiation in excess of International Atomic Energy Association Regulations (to which NORM is exempt by virtue of the federal government deferring to provincial regulation of NORM)).

The Decision of the AEAB.

Normtek sought to appeal the decision of the Director to the Appeal Board by filing a notice of appeal under EPEA seeking regulatory harmonization of the provincial management and landfilling of NORM materials with federal and international.   The landfill proponent questioned whether Normtek was directly affected and that resulted in a subsequent Appeal Board process for written submissions on the issue.

The Board goes on to note:

The Board cannot hear submissions related to the substantive merits of an appeal and then, based on those submissions, determine whether an appellant has standing to bring the appeal. It is necessary for an appellant to provide evidence along with its arguments, but the evidence presented needs to demonstrate the effect of the decision being appealed on the person seeking standing.

The Board concluded that the “primary concern” of the amended approval was economic and relating to competition and that “environmental concerns were incidental”.  The Board further found that the “causal connection between the economic impact and the environmental effect” was too remote and that there was too little evidence of the impact on Normtek’s business (i.e., that the impact was speculative) (at paras 140-143).  Further the Board noted that there was no evidence that Normtek’s business relied on “natural resources that would be impacted by the proposed project” and that the Board did not have jurisdiction to determine the “saturation point of a particular industry” (at para 147).

The Alberta Court of Appeal

Following the precedent set in the recent Supreme Court of Canada case in Vavilov, the Court of Appeal confirmed that the standard of review of the Board’s decision was “reasonableness” which  requires decision makers to be mindful of the “text, context and purpose” of statutes they are interpreting.  The decision maker must also understand the interpretation of its statutes in light of the facts before it, as “the reasonableness of a decision may be jeopardized where the decision maker has fundamentally misapprehended or failed to account for the evidence before it”.

In applying the “reasonableness” review to the matter at hand, the Court made several findings of note, including that:

Determining whether an appellant is directly affected may require the Board to consider whether the approval is sufficiently protective of the interests of the appellant which he or she alleges are being adversely affected (health, safety, property) or whether the conditions of the approval sufficiently mitigate what the Act defines as adverse effects such that the appellant may reasonably be found not likely to be directly affected. Such determination may also involve a consideration of what the Act refers to as “the environmental, social, economic and cultural consequences” of the proposed activity (s 40(c)) if those consequences directly affect the would-be appellant.

Finally, the court notes that the “Board’s determination of whether a person is directly affected should also be tempered by the knowledge that there is not much time for a party claiming to be directly affected by a Director’s decision to review that decision or approval once it has been made.”

The Court of Appeal concluded that the Board and the chambers judge’s assessment of when a party qualifies as “directly affected” as unreasonable insofar as the decisions took an unjustifiably narrow interpretation of EPEA.

There should be a renewed effort with citizens and groups who have environmental concerns to bring them forward where a decision has direct environmental, social, economic and cultural impacts on them.

The result of the decision of the Alberta Court of Appeal was to quash a standing determination by the AEAB and remit the issue back to the Board. The Court of Appeal decision is of significance as it reminds decision makers that the statutory underpinning of standing has a purpose.  The statutory framing around standing is not meant to dissect (or carve out) the basis of participation at the front end, it is a mechanism to get better decisions.  The narrow reading of standing, while convenient and easy to “silo”, can too easily be used to undermine the purpose of standing in the first instance.

In this context there should be a renewed effort with citizens and groups who have environmental concerns to bring them forward where a decision has direct environmental, social, economic and cultural impacts on them.  In this decision, the Court of Appeal rightly, in my opinion, interprets the purpose of standing in environmental regulatory decisions as an opportunity rather than as an exclusive dividing line.    That said, there is a need to still be able to bring sufficient evidence of an impact, and ideally a linkage to the environmental impact, to obtain standing before the AEAB.

The purpose of having public participation enabled by environmental legislation is, as the Court of Appeal notes, to make decisions better.  The Director and the AEAB should promote processes and decide standing in furtherance of this aim.  Given the similar standing tests, this decision should also be persuasive around the standing decisions made by the Alberta Energy Regulator (particularly in how it administers EPEA and the Water Act).

Steering Alberta to a better environmental future is a group effort, it requires participation.  This may take the form of participating in formal legal process, a municipal hearing, or just going to public information sessions and community organizing.  When we participate we can make decisions better.  Martha showed us how effective it can be.

For additional commentary on the Court of Appeal decision see Kirk Lambrecht’s blog on Ablawg.ca here.