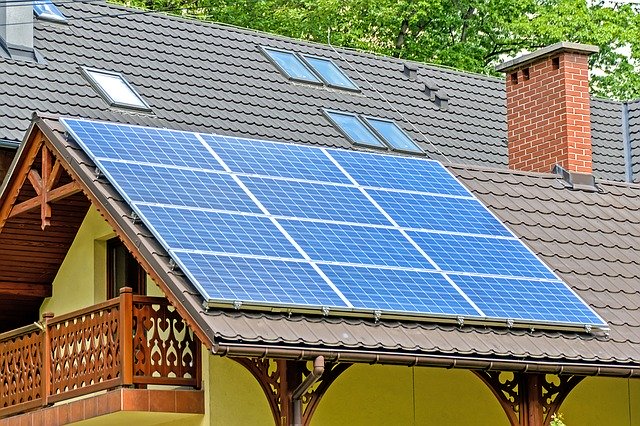 If we are going to successfully pursue our climate goals, clearly, society needs to shift away from fossil fuels towards renewable energy including solar, wind, geothermal, biomass, hydropower, and nuclear. If we take steps to combat our growing GHG emissions, it is likely that the future energy grid will look like a combination of various types of renewable energy. The exact makeup of the grid will vary by jurisdiction and through a closer study of each energy type we can construct regulatory structures that will work well for us. One way to do this is through a jurisdictional comparison, taking a closer look at other countries where these energy types may already be more prevalent and comparing it to our own regulatory system. That is what the Environmental Law Centre (ELC) is planning to focus so stay tuned throughout the next year as we release reports on geothermal and solar power.

In today’s blog post, however, we will be focusing on solar power and where it might play a role in powering our province.

A Future for Solar Power

Solar power has increased its global market share significantly in recent years. Yet, in Alberta, it still plays a very minimal role in our electricity market. This is in part due to our cheap and easy access to natural gas and coal and in part due to our slow-moving legal and regulatory systems – neither of which have been updated to reflect the current realities of solar technology and potential.

In contrast, Germany has been a world leader on the solar energy front and has already established a robust regulatory system with diverse tools designed to increase the percentage of electricity derived from solar power. In today’s blog post, we will take a closer look at what Germany is already doing to regulate solar power. Later, in our full report we will take this information further and apply it to Alberta.

Germany is one of the world leaders in solar power installation. By 2019, Germany already derived 43% of their electricity from renewable energy, much of which came from solar.[1] Specifically, in 2019 solar energy provided 49 GW of electricity, making it the second largest source of renewable electricity for the country.[2]

Despite this success, Germany actually has less natural solar potential than Alberta.[3] Unfortunately, this statement still elicits uncertainty, especially if it is relayed during the month of January. Albertans commonly believe that because we are a winter province, we also lack solar power potential but in reality, solar power potential has little to do with heat. The number of sunny days Alberta has per year make our province an excellent candidate for this type of renewable energy despite daily solar energy being affected by snow cover and hours of sunlight, among other factors.

The yearly solar power potential of both Germany and Alberta provides a clear comparison. On a yearly basis, Berlin, Germany has an average of 848 kWh of yearly solar potential while Calgary has 1,292 kWh and Edmonton has 1,245 kWh.[4] Other sources, including the World Bank’s Global Solar Atlas cite an even higher solar potential for the province, some as high as 1,534 kWh per year.[5] This evidence clearly demonstrates that Alberta is a great candidate for solar power.

In recent years, solar power has started to increase in Alberta with solar companies starting to take advantage of some early changes to our regulatory system and ever lower prices for solar photovoltaic (PV) installation. So, as we move forward with solar power, what can we learn from Germany?

German solar regulation is centred around their piece de resistance –the Erneuerbare-Energien-Gesetz (“EEG”) (referred to in English as the Renewable Energy Sources Act). This Act was first introduced in 2000, with major amendments in 2014 and 2017 and is focused primarily on expanding renewable energy across the country. While it is beyond the scope of this blog post to go into every aspect of the EEG, we will focus on a few specific programs that have had an effect on solar power – the feed-in tariff and associated EEG-surcharge; legislating renewable energy as a priority; and the landlord-tenant electricity program.

Notably, although these programs are not all unique to solar power technology, they have had a clear and significant impact on the solar sector, among other renewable energy types.

The feed-in tariff portion of the EEG was one of the first major steps implemented by the German government and was designed to increase the amount of renewable energy being fed onto the grid. This initial feed-in tariff program meant that owners of renewable energy installations were guaranteed a set, above-market price per kWh for the power they fed into the grid, over a period of 20 years. Originally, the EEG provided a feed-in-tariff program with compensation rates for electricity produced by solar PV ranging from 45.7c (Eurocents) for large capacity open-space solar power plants to 57.4c for plants installed on a building and with a capacity of less than 30 kW at their peak.[6]

Beginning in 2012, this feed-in-tariff program has been progressively replaced by a floating market premium model which enables operators to sell electricity directly on the wholesale market while receiving the difference between the applicable reference price and the average price for electricity on the spot market of the Germany electricity exchange.[7] In 2017, an official change was made in which solar powered generation with a capacity of 750 kW or more only received subsidized energy prices after a tender process had occurred.[8] Despite this change, solar facilities with a capacity lower than 750 kW may still be eligible for a feed-in-tariff program.[9]

This initial financial support helped to establish a strong solar market in Germany, lowering costs and establishing certainty for solar power producers and investors. Since then, the government has lessened some of their supports – leaving more up to the markets and signaling the success of the program – which was designed to ensure a continuous reduction in costs. [10]

The EEG surcharge is the charge that helps to finance the prices guaranteed under the feed-in tariff. In other words, the surcharge represents the amount between the wholesale market price for electricity and the higher price guaranteed to renewable energy operators under the feed-in tariff. The amount is determined on a yearly basis and is paid by all electricity consumers with the notable exception of certain industries including: railways, those that use a lot of electricity or face significant international competition, as well as self-powered small-scale power plants.[11]

Notably, the EEG surcharge has increased significantly over the last few years – jumping from 0.19 c/kWh in 2000 to 6.88 c/kWh in 2017.[12] These rising costs also mean that today, the EEG makes up a large proportion of the retail electricity price, thereby increasing the cost to consumers. Despite this the government considers the EEG surcharge to be a ‘compulsory contribution towards the energy transformation’ agreed to at least in principle by the elected government. [13]

This highlights one of the critiques of the EEG feed-in tariff program – that the costs of renewable energy guarantees are too high, citing the EEG surcharge amount as evidence of this.[14]

In conjunction with the feed-in tariff and surcharge, the EEG also guarantees renewable energy projects by making it a requirement that network operators give priority to renewable energy in the connection and transmission of electricity.

These provisions ensure that utility companies are not the limiting factor for renewable energy production and transmission.

Another interesting aspect of the German system is their funding for landlord-tenant electricity. This program allows for electricity to be generated by a solar installation on the rooftop of a residential multi-family dwelling, a design that benefits both the tenants and the landlords.[17] Under this program, electricity can be passed directly from the installation to the customers[18] or landlords can rent out their roof space to third party energy services who provide the solar installations and associated electricity.[19]

One of the criticisms of solar energy is that it comes with high up-front costs and is often inaccessible for people living in multi-family dwellings. This program attempts to deal with both of these issues. It does so by allowing landlords to install solar energy systems on the building rooftop and then sell this electricity to tenants, at a lower cost. In cases where tenants cannot use all of the generated electricity, the surplus is fed onto the public grid and landlords are paid an amount corresponding to the feed-in-tariff.[20] The program eliminates many of the up-front costs associated with small scale solar installation including grid charges, grid surcharges, electricity taxes, and concession fees.[21]

Under the landlord-tenant electricity program, a premium is also generated for every kWh. The amount is calculated based on the amount of the statutory feed-in-tariff set out in the EEG, minus a deduction of 8.5 c/kWh – with a specific price calculation included.[22] This difference is to account for the fact that landlords also receive revenues for selling electricity to their tenants.[23] Further, the amount of funding that landlords receive depends on the size of the installation – with a maximum size of 100 kW. Therefore, this program is designed to generate cost-saving for both landlords and tenants.

Notably, these programs are not without critiques, including that:

Clearly, Germany has a much more robust regulatory system in place for its solar energy market but this does not mean that Germany is a silver bullet for Alberta’s solar power market. There are a number of differences to note, including our federal system, our dominant oil and gas sector, and our very low-density cities, each of which pose different problems than those faced in Germany. However, we can still look to other jurisdictions when creating a strong regulatory system – taking things that work and disregarding things that won’t.

Germany should serve as an inspiration to Albertans working towards a renewable energy grid given Germany’s clear success at making solar power a viable part of their electricity market despite having a much lower solar power potential. This should clearly undermine some of the more disingenuous arguments against solar, including that it does not work due to our cold climate. The sooner we can get past this type of misinformation, the sooner we can move to create a strong renewable energy market.

If you want to read more about why renewable energy is picking up steam, check out the ELC’s 2019 primer on climate change law in Alberta. This report was divided into two main sections –mitigation and adaptation. In our volume on adaptation, we focused on how Alberta is projected to change due to the effects of climate change and how we should be working to respond to some of these changes. Next, the volume on mitigation looked at how Alberta can seek to mitigate some of these changes and what we can do to lessen our GHG emissions. Designed as broad primers, these reports highlight some of the areas within the climate change sphere that needed even more attention.

[10] Recent Facts about Photovoltaics in Germany, supra note 1 at 7.

[17] Federal Ministry for Economic Affairs and Energy, “Landlord-to-tenant electricity supply: the energy transition in your own home” online: https://www.bmwi.de/Redaktion/EN/Artikel/Energy/landlord-to-tenant-electricity-supply.html.