Optimizing Alberta Parks?? Without Public Consultation, the Government has announced removal of 175 sites from the parks system

Home » The ELC Blog » Optimizing Alberta Parks?? Without Public Consultation, the Government has announced removal of 175 sites from the parks system 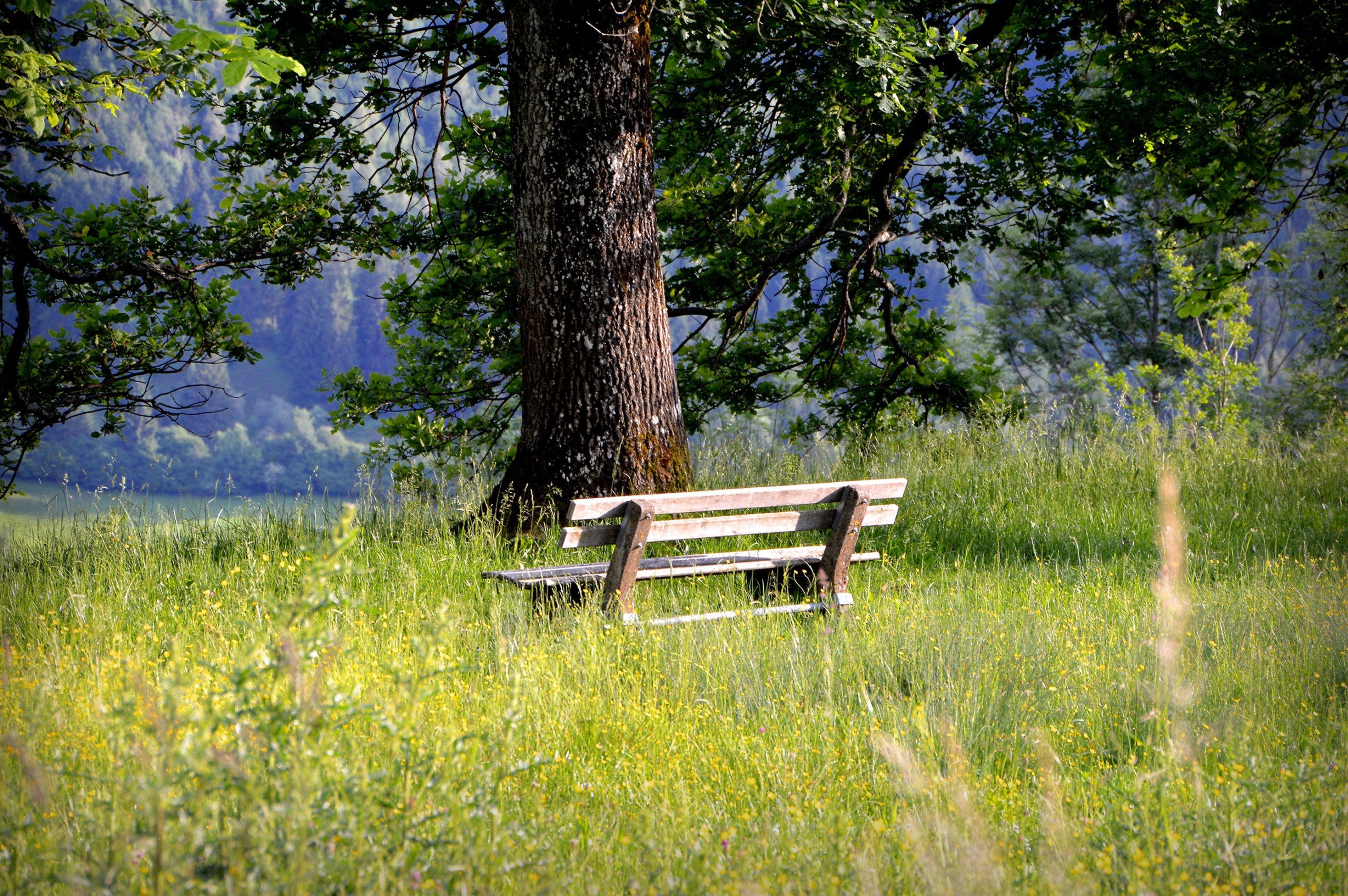 10 Aug Optimizing Alberta Parks?? Without Public Consultation, the Government has announced removal of 175 sites from the parks system

Optimizing Alberta Parks??
Without Public Consultation,
the Government has announced
removal of 175 sites from the parks system

Optimize:  make best or most effective use of
The Oxford Paperback Dictionary & Thesaurus

Optimize: to take the full advantage of
The Collins English Dictionary

I think not… Especially in light of the Government’s goal to double provincial tourism revenue by 2030 (a large attraction being Alberta’s parks and recreation opportunities) and its commitment to protect 17% of land and inland waters by the end of 2020 (a goal which has not been met). Even the financial savings cited – $5 million – are minimal in light of a  budget with $56 billion in spending (not to mention the loss of intangible benefits of parks and recreation opportunities).

How is the closure of parks and the offloading of management making the best or most effective use, or taking full advantage of Alberta’s public lands? Shouldn’t optimizing parks mean optimizing parks?

What decision was made?

In March, the Government of Alberta announced its decision to close – either fully or partly – twenty Alberta parks immediately in 2020. In the case of a partial closure, either campgrounds or specific facilities will be closed to public access with the remaining park areas remaining open (but unserviced). See the list here.  In light of the global pandemic, this decision was walked back for 17 parks to “give Albertans more opportunities to camp and connect with nature over the summer as we all recover from the COVID-19 pandemic”.

In addition to full or partial closure of the 20 parks, the Government has identified 164 Alberta parks for future “partnerships”.  See the list here.  In these situations, the park designation would be removed and would be open to “alternate management approaches”.

What is being lost?

Because there is some overlap between the 20 parks identified for closure and the 164 parks identified for downloaded management, there are 175 parks that will lose their parks designation. In Alberta, there are several categories of parks which are established under various pieces of legislation (see our habitat series for more information). The 175 sites identified are mostly provincial recreation areas with some being provincial parks and natural areas.

Provincial parks and provincial recreational areas are governed by the Provincial Parks Act and its regulations whereas natural areas are governed by the Wilderness Areas, Ecological Reserves, Natural Areas and Heritage Rangelands Act (Wilderness Areas etc Act). Although activities such as forestry, and oil and gas operations may be permitted in provincial parks, provincial recreation areas, and natural areas, these activities do not necessarily occur. As well, activities such as camping, possession of firearms and off-highway vehicles are closely regulated in these parks.  It is instructive to look at the legislative purposes of these types of parks to understand why they are established and maintained.

As can be seen, these parks exist to protect public lands and to provide recreational opportunities for Albertans now and into the future. If these sites lose their park designations, then the land reverts to public land which is open to any sort of development. Public lands may also be sold to private parties (section 18 of Public Lands Act).

As noted above, the Government has walked back its decision to close (partly or fully) 17 of the parks to “give Albertans more opportunities to camp and connect with nature over the summer as we all recover from the COVID-19 pandemic”.  Which raises the question:  if these parks are important now, how are they not important in the future? While it would be preferable to have the decision reversed for all 20 sites on a permanent basis, at the very least this temporary reversal should be used as an opportunity for full and meaningful consultation with Albertans about the future of our parks and public lands.

With respect to the 164 sites slated to lose their park designations, it is noted that these sites may be made available for “alternate management approaches”. This could include potential partnerships “through transfer to another entity such as a municipality, so that sites could continue to provide important economic and recreational benefits to local communities”. This begs the question:  if these sites provide important economic and recreational benefits, why is the park designation being stripped?

Is the decision to close  parks or remove park designations in the public interest?

Both the Provincial Parks Act and the Wilderness Areas etc Act provide guidance on the purposes for provincial parks, provincial recreation areas and natural areas. In general terms, the purpose of Alberta’s parks is to protect public lands and to provide recreational opportunities for Albertans now and into the future. The Provincial Parks Act speaks to protecting and maintaining parks for the public. The Wilderness Areas etc Act speaks to the public interest in protecting and managing certain areas of Alberta (see the preamble). This raises the question as to whether this decision reflects the public interest? We don’t know because there is a lack of transparency in the decision, its reasons and the process.

The lack of clarity, transparency and process surrounding the decision itself is concerning. The Government of Alberta’s announcement  of its decision to close – either fully or partly – twenty parks is not entirely clear on the future status of those parks. While the announcement indicates that the 164 sites will lose their park designations, nothing is said about the future status of the fully closed parks. The intention could be that the closed parks will keep their designations but be made inaccessible, or their designations be removed. Given that the parks slated for full closure are provincial recreation areas, it seems likely that the intention is the park designations will be removed. However, the question remains: What is the exact intention for each of the identified sites?

Without transparency in the decision-making process (including the information used to make the decision), answering the question of whether this decision is consistent with the public interest is difficult (if not impossible). There are numerous questions raised by the decision. What is the goal of this decision? And can that goal only be achieved with park closures and removal of park designations?

If the intention is truly to save costs, why do park designations need to be removed? Wouldn’t it be far more desirable to evaluate potential cost savings (it is noteworthy that other cost-saving changes were announced at the same time: increased camping fees, closures of visitor information centres, and some discontinuation of trail grooming) or the necessity for fee increases rather than a wholesale removal of land from Alberta’s parks system? Is private, decentralized management really more desirable than a province-wide approach to parks management? If so, why is removal of park designations required to change or privatize management? Or is the intention actually to sell public lands? And is that what Albertans want? Is this in the public interest? These are questions which can only be answered with full and meaningful consultation with Albertans.

A Lack of Public Consultation and Transparency

Not only is the loss of these parks concerning, the lack of public consultation and transparency is also concerning.

There was no public consultation regarding the decision to close parks and to strip sites of their parks designation. This seems directly contrary to the Priority Actions endorsed in the Plan for Parks, one of which is to involve Albertans  in parks planning. Furthermore, it appears that until February 2020, the Alberta Parks Consultation Framework required public consultation on significant changes in the size or public use of parks (see a cached version here). That Consultation Framework has since been replaced with an Engagement Framework which may require consultation for boundary amendments. While the Plan for Parks and Consultation Framework are policy (not strictly binding in the same way as legislation), these documents can be used to inform a challenge to the Minister’s decision to close parks or remove the parks designation.

Further, there is a lack of transparency surrounding this decision. While the announcement can be seen on the Alberta Parks website, there no longer appears to be a list of affected parks on the Alberta Parks website or the GOA website.   There is little reasoning provided in the announcement other than the 164 proposed for partnerships “are mainly recreation-focused sites, and many are very small and under-utilized Provincial Recreation Areas”. No data is provided to support this claim. In fact, there is some evidence that this claim is dubious (see Bob Weber’s article, the Canadian Press).

The lack of public consultation and transparency make it difficult to see this decision as “optimizing” Alberta’s parks.  Is the closure of parks and the offloading of management making the best or most effective use, or taking full advantage of Alberta’s public lands? That is a difficult question to answer when Albertans have not even been asked.