An approval too far: Cumulative effects must be considered prior to approving activities

Home » The ELC Blog » An approval too far: Cumulative effects must be considered prior to approving activities 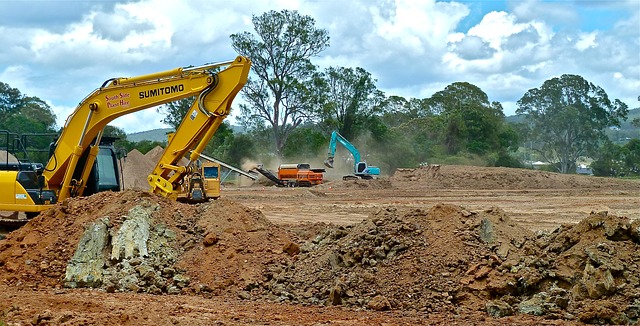 03 Oct An approval too far: Cumulative effects must be considered prior to approving activities

An approval too far: Cumulative effects must be considered prior to approving activities

The Government of Alberta (GOA) has started down the road of managing cumulative effects.  It won’t be easy, but the government is armed with regulatory tools.  Specifically, the GOA has put in place “environmental management frameworks” (EMF) through its regional planning process, which allow it to set environmental levels to trigger regulatory and management responses and to set limits for prescribed environmental indicators.  The initial forum for testing the cumulative effects management system is under the Lower Athabasca Regional Plan (LARP).

The EMF system attempts to be proactive by including management actions being triggered at levels under the prescribed environmental limit.   When a limit is reached, there will be no new authorizations granted for activities that would  contribute to an ongoing exceedance.   Yet, fundamentally, the EMF system remains primarily reactive, insofar as it responds to monitoring data that indicate a trigger or limit is exceeded and fails to deal with cumulative effects early on in the planning and decision making process.

The question is, when monitoring and modeling forecast environmental impacts for a proposed activity that will cause a limit to be crossed, will it alter the likelihood of a ““yea” or “nay” for a project or result in more stringent conditions on new entrants?  If new entrants are simply added to the mix as they come forward for approval, notwithstanding their potential to put the environment past its EMF limit, what is the likelihood that limits will be avoided?

A recent report submitted as part of Shell’s Jackpine oil sands expansion (as part of a provincial-federal Joint Panel hearing) is illustrative of the need for greater clarity in front end policy to manage cumulative effects.  The modeling conducted as part of the project indicates that air quality limits set out in the Lower Athabasca Region Air Quality Management Framework may be exceeded and may contribute to the acidification of lakes in the region.  The government is likely to rely on the fact that the impacts are not realized until the authorization proceeds and the limits and triggers are measured as exceeded.  (It is worth noting that there is broad discretion within the framework to determine when a trigger or limit is exceeded and whether anything should be done about it).  The government has hinted at increasingly stringent conditions on approvals, but there is no clear policy about how the potential to exceed a limit will impact early planning and authorization decisions.   Albertans may be left with an “approve now, ask for reductions later” approach.

Relying on actions of approved emitters to reduce pollution is certain to be a more difficult path than avoiding the additional contributions in the first instance.  There are likely a host of arguments against enforcing a management action, including insufficient data, uncertainty around pollution sources, issues of equity among those operating in the region, and general economic arguments against taking actions that may increase costs or reduce production.  Reducing pollution from already approved activities (where some contributors aren’t even regulated) is a recipe for delayed action.  Better to prevent the impacts in the first instance.  Suffice it to say, government discretion to take action under the LARP and its management frameworks will be put to the test.

The importance of avoiding this “approve now, reduce later” approach was identified in a 2008 Pembina Institute and the Canadian Parks and Wilderness Society report which analyzed the draft Land-Use Framework (the policy that subsequently gave rise to the Alberta Land Stewardship Act and the environmental management frameworks).  The report proposed taking measures to “avoid hitting the wall” and other upfront measures to curb the chances of exceeding environmental limits.  Such measures have yet to be clearly adopted into policy.

If we are truly going to address cumulative effects and avoid exceeding environmental limits, we must have policy that preempts impacts rather than waits for impacts to occur and then struggles to respond to them.  The groundwork for cumulative effects management must occur before authorization decisions are made, before mitigation is assessed, and before conditions on approvals are formulated.