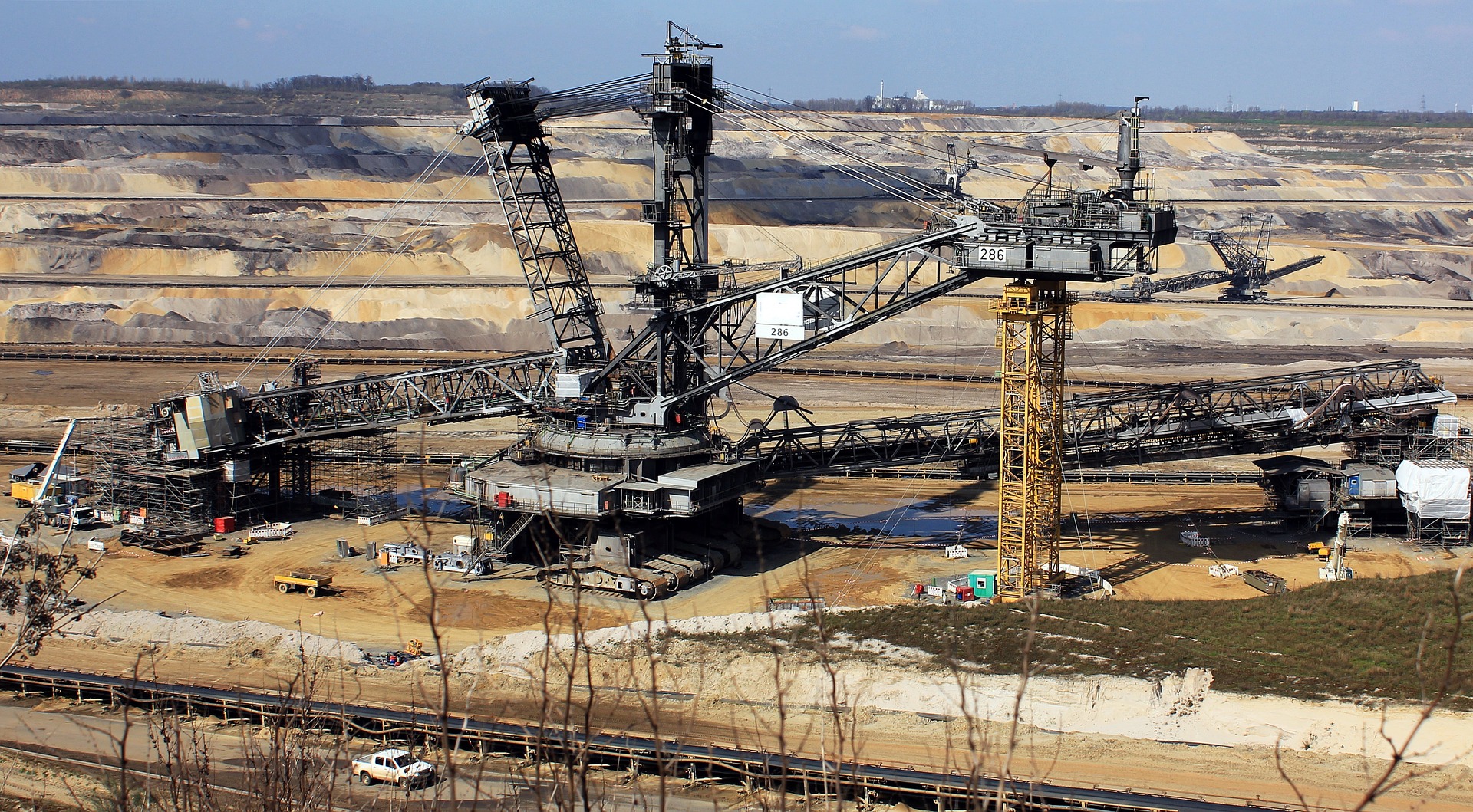 In January the Supreme Court of Canada released a unanimous decision in the case of MiningWatch Canada v. Canada (Fisheries and Oceans), (2010 SCC 2). The case concerned whether a federal agency (or responsible authority) has the discretion to decide what type of environmental assessment to conduct under the Canadian Environmental Assessment Act S.C. 1992, c. 37 (CEAA).

Previous decisions of the Federal Court of Appeal in Prairie Acid Rain Coalition v. Canada (Minister of Fisheries and Oceans), 2006 FCA 31, [2006] 3 F.C.R. 610 (“TrueNorth”) and Friends of the West Country Assn. v. Canada (Minister of Fisheries and Oceans), [2000] 2 F.C. 263 (“Sunpine”) had determined that federal “responsible authorities” under CEAA, such as Fisheries and Oceans or Transport Canada, had discretion to limit environmental assessments to those aspects of a project that were within federal jurisdiction.  This approach appeared to contradict the approach of the Supreme Court of Canada in Friends of the Oldman River v. Canada (Minister of Transport) ([1992] 1 S.C.R. 3) indicating that environmental assessment of entire projects was constitutionally valid so long as there was a trigger (such as a fisheries authorization) that was within federal jurisdiction.

In MiningWatch, Red Chris Development Company Ltd. and BCMetals proposed an open pit copper and gold mine in Northern BC.  The mine met the criteria in the Comprehensive Study List Regulations (SOR/94-638) under CEAA.  These regulations provide that comprehensive studies are required for large mines. A comprehensive study is a more extensive environmental assessment and public consultation process for projects that are considered likely to have significant adverse environmental effects. However, after the Federal Court of Appeal decision in TrueNorth, Fisheries and Oceans decided to use the project “scoping” provisions in CEAA to exclude those mine features from the “project” that met the criteria in the Comprehensive Study List Regulations. In other words, federal responsible authorities tried to redefine what constituted the “project” for the purpose of the assessment to provide for a more limited type of assessment.  This is commonly referred to as “project-splitting” or assessing only part of the activities constituting a project proposal.  Fisheries and Oceans then conducted a screening level review, the least rigorous form of environmental assessment under CEAA.

This was a problem because project splitting by federal and provincial jurisdiction has encouraged a kind of “hot potato” that has sometimes resulted in two incomplete assessments, one federal and one provincial, even though aspects of the project are shared jurisdiction.  Although federal authorities have justified this as a way to avoid “duplication,” it is clear that it is also strongly motivated by a desire to limit federal participation in environmental assessments to save administrative resources.

The Comprehensive Study List Regulations were specifically designed to include projects likely to have significant adverse environmental effects and which therefore merit more public consultation and scrutiny.  The Government’s decision to “scope” projects narrowly and therefore avoid a comprehensive study had the result of excluding the public from participation in full assessments of projects.

In the Supreme Court of Canada, Justice Rothstein held in MiningWatch that there was no discretion for federal responsible authorities to “scope” the project to avoid the application of the Comprehensive Study List Regulations.  Rothstein J. noted that the application of the comprehensive study provisions of the Act was automatic once the project is listed in the Comprehensive Study List Regulations.  He also made it clear that while federal authorities can “scope” projects to include more than the activities included in a proponent’s project description, they could not include less.  He ruled that the lawful way to avoid duplication was not to scope projects narrowly, but to make full use of the federal-provincial coordinated assessment provisions in CEAA.

This case represents a major step forward and an important victory for sustainable development.  It will ensure that projects are not carved up but are assessed in a coordinated manner.  It will also ensure that the public gets a say in projects that have been identified in the Comprehensive Study List Regulations as likely to have significant adverse environmental effects.  It follows up on the seminal Friends of the Oldman River case by ensuring that federal jurisdiction under CEAA to assess entire projects is maintained, as it was in the predecessor legislation considered in that case.  This case will go great lengths to ensure that all future assessments follow the process provided under CEAA.

However, the decision uses an alarming approach to judicial review remedy.   In MiningWatch the Federal Court trial judge held that the failure of federal responsible authorities to conduct a comprehensive study was unlawful, and followed Friends of the Oldman River in holding that absent cogent evidence of delay or futility the successful applicant for judicial review was entitled to a lawful environmental assessment.  However, the Supreme Court of Canada ultimately overturned this remedy in MiningWatch on three grounds: first that the good faith actions of federal responsible authorities and the project proponent weighed against a new assessment, that on the balance of convenience the financial consequences to the proponent and lack of financial stake of MiningWatch Canada weighed against a new assessment and finally that the lack of a substantive challenge to the content of the public consultations and the assessment weighed against ordering a new assessment.

While the remedies in judicial review are discretionary, the Supreme Court of Canada appears to refuse relief in this case without reference to any of the traditional grounds for doing so, such as futility.  This may be a result of the courts apparent regret for the confusion caused by what appear now to be errors in the Federal Court of Appeal decisions of TrueNorth and Sunpine that may underlie some of the legal errors in the MiningWatch case.

However, in overturning the trial judge’s decision to prohibit the issuing of permits until the completion of a comprehensive study the Supreme Court of Canada did not adequately weigh the trial judge’s own considerations and appears to ignore the purpose of the statutory public rights at stake.  Although the purpose of CEAA is to foster sustainable development the court did not seem to consider the potential impact on the public or on sustainable development of allowing this particular project to proceed without first fulfilling that purpose.

In this case the public did not get to benefit from the substantive and consultative protections that CEAA provides.  The Red Chris mine site would be located adjacent to some of Northern BC ’s most important salmon rivers.  If built, it could endanger wildlife, cause harm to trout-bearing streams and risk toxic contamination of two watersheds. It is not disputed that the project would also destroy the pristine and beautiful Black Lake by converting it into a holding tank for toxic mine waste. Contrary to the comments of Rothstein J. at the Supreme Court of Canada these types of concerns were raised and noted at the trial level.

The absence of bad faith on the part of a third party or a public decision-maker is not a well-recognized factor barring the relief originally granted by the trial judge in MiningWatch.  This makes sense for three reasons: first because public interest remedies requiring decision makers to act within their jurisdiction are not punitive, they make the public whole by ensuring that the wishes of the democratically elected legislature are honoured.   Second, bad faith is a distinct basis for judicial review.  It is not necessary to plead bad faith if there are other statutory grounds showing want of jurisdiction.

Requiring bad faith be established in jurisdictional cases which centre on statutory interpretation does not seem to be in keeping with the overall principle of rule of law and democracy.  Fundamentally, it implies that administrative decision makers can ignore the legislature’s restrictions on their powers so long as there is no evidence they did so intentionally.  In MiningWatch the Supreme Court of Canada also suggests that it refused relief because, unlike the trial judge, it is not satisfied that there are sufficient substantive environmental issues at stake.  Overall this approach raises questions about why the court seems to suggest that MiningWatch Canada should have raised multiple grounds where one would ordinarily suffice to entitle them to relief.

Likewise, the use of a “balance of convenience” like test focusing on economic harm is inappropriate in this particular type of public law context.   Where broad statutorily protected public rights are at stake, particularly in environmental cases, the parties are frequently the Crown and a non-profit organization and neither have a true economic stake in the matter at hand.   It does not make practical sense to require a public interest applicant to put forward every basis upon which every member of the public might be harmed by the unlawful conduct of an administrative decision-maker.  Instead, where the legislature enacted provisions to protect a particular public interest that interest should be given serious weight through judicial notice.  In MiningWatch the Court essentially re-weighed the decision of a legislature to balance environmental protection and economic interests in the manner provided under CEAA. In the absence of constitutional grounds for doing so, the Court arguably overstepped its role.

Notwithstanding these limitations in terms of remedy, the case in MiningWatch is a seminal and groundbreaking case on environmental assessment in Canada that shows that the Supreme Court of Canada is willing to affirm statutory environmental rights in appropriate cases and, in principle at least, protect the public from unlawful environmental assessments.  Despite the hardship in this specific instance, future assessments under CEAA will now be conducted in a lawful manner, and many other communities should see clear benefits.  Future clarification of the requirements for judicial review remedies will be needed to ensure that substantive public rights to sustainable development can be adequately protected.