Can Alberta learn from Fukushima?

Home » The ELC Blog » Can Alberta learn from Fukushima? 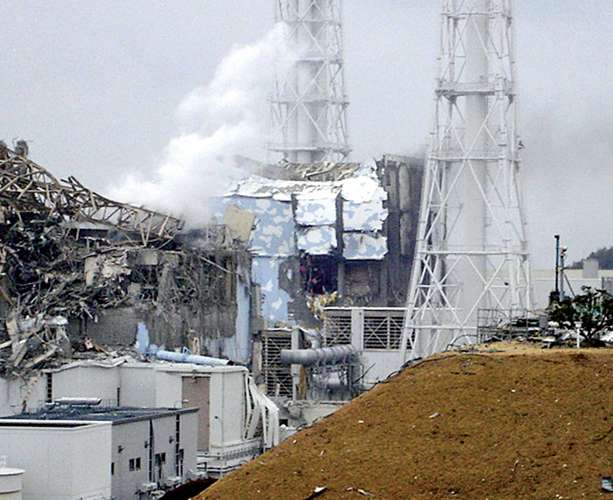 15 Mar Can Alberta learn from Fukushima?

Can Alberta learn from Fukushima?

Most media reports in Canada addressing the wake of the Fukushima meltdown and two explosions in Japan this past week have largely parroted the media releases of the Canadian Nuclear Safety Commission (CNSC) which suggest that a similar accident would never happen in Canada.  It is true that the CANDU reactor used for commercial power in Canada is a heavy water reactor that is designed very differently from the Fukushima reactor.  In Canada, research reactors are usually of the SLOWPOKE design and quite small.   Nevertheless the safety issues related to emergency shutdown and cooling have some similarities and they can experience major accidents.  For example the NRX research reactor in Chalk River Ontario partially melted down in the 1950s.   Most major accidents require an external event (storm, fire, earthquake, flood etc.) that damages the reactor building or shutdown system in addition to a power failure affecting backup emergency systems (for example cooling).  However all reactors are somewhat vulnerable to power failure, as was demonstrated by the Pickering Nuclear Reactor  incident during the major outage in 2003, when it was revealed that the emergency cooling system relied on grid power, and several cooling systems failed to operate as intended.

Most newer Canadian reactors are built to the seismic standards of the National Building Code that was in place at the time they were built or upgraded.  Older reactors, including the University of Alberta SLOWPOKE 2 research reactor, were built before the Code contained the same kind of seismic and other hazard standards that are in place today.

The CNSC’s staff often consider external events like earthquakes and power outages to be “one in a million” accidents and therefore treat them as non-credible accident scenarios in environmental assessments, where those are conducted.   Environmental  Assessments of Canadian reactors don’t include an analysis of the consequences of seismic hazards (and most other external hazards) that are available to the public .  While some basic seismic and other external hazard analysis is conducted for Canadian power reactors, these assessments are not usually made public.  About a decade ago, the Senate issued a report that suggested that more robust safety assessments were needed for external hazards, and that an accident is not impossible.  The draft regulatory standard for small research reactors like the one at U of A does not contain standards for preparedness for external hazard events.  An analysis for the NRU research reactor in Ontario demonstrates that an accident is also possible in this type of reactor relying on a scenario eerily similar to that which is happening in Japan, with an earthquake, power outage, failure of backup power and operator failure.

The University of Alberta’s licence renewal for its SLOWPOKE 2 research reactor from 2003 includes only two short paragraphs by CNSC staff on emergency preparedness for the public to use to assess whether the reactor is safe.  The only information contained in this paragraph is that the U of A has an emergency preparedness plan that meets CNSC requirements.  No information is disclosed about seismic stability of the site or the structure.   Nor a description of how the facility might survive incidents like power outages,  floods or major storms and what the probability of these  events might be.  If such an analysis was ever done, the public doesn’t get to see it.

While the triggering external events may be unlikely, given the uncertainties involved shouldn’t nuclear operators and regulators be better prepared to explain how a meltdown or other major accident would be prevented?  It is too easy to dismiss the external event scenarios as unlikely instead of being prepared, and transparent.